The Apple self-repair program: is it worth a try?

One month ago, Apple launched its self-service repair program. Finally, individuals got an official alternative to fix iPhones. It was designed to be an option to maintain the entire functionality of our iPhones without “wrecking” key features. Moreover, we believed it would offer affordable prices for repair work suitable for all iPhone users. Though it must be noticed that Apple hasn’t yet fulfilled the full spirit of self-repair, however, the enterprise has made a good start.

It costs almost as much as the self-repair

As you know, the biggest problem with fixing a used phone is its battery. This is what the iPhone 13/13 Pro battery replacement kit looks like:

In addition to the components themselves, you'll need special tools to mend them either. Certainly, these can be found on AliExpress and ordered from it, but not all Apple owners can be prepared to do so. Within its repair program, the company provides customers with special repair kits containing all the equipment required. But it's not all that simple: the kit consists of special professional tools that not every client will be able to handle. Apple lends out the kit, and everything will have to be given back intact after 7-day use, otherwise, you'll have to bear the cost of the defective tools.

The cost of some tools in the kit exceeds $200, making the ordering equipment extremely risky. There is not only the risk for the individuals to damage their smartphones, but also the tools could break during the repair. And all this is suggested for the sake of saving 15-30% of the cost of repair at an official service center.

The service has already sparked a flurry of criticism from users. Initially, users were perplexed by the $1000 deposit required to rent a set of tools needed to perform, for example, a display replacement. This deposit may be non-refundable if the tools are returned in what Apple considers to be an unsatisfactory condition or later than the 7-days specified in the rental agreement.

The next dissatisfaction is related to the very limited range of iPhone models available for self-repair using the new service: iPhone 12/13 and iPhone SE (3rd generation).

There are at least a few cases where it costs more to repair the device yourself than to have it done by a service provider.

In all honesty, this service isn’t an ideal solution

Microsoft has published the results of their research observing the benefits for the environment via simplifying the phone repair procedures and it confirms what supporters of repair choosing have been claiming for years:  fixing used phones instead of getting new ones keeps the waste and emissions level associated with manufacturing new devices at the minimum. This is the main idea of the ‘right to repair’ program.

The Microsoft study was published nearly at the same time as Apple was launching its DIY program. Speaking of which, the amount of similar initiatives is increasing dramatically: from late March through early April, Samsung and Google both advertised plans to offer original repair parts for sale through a cooperation with the iFixit website. Both of these ventures are expected to kick off within the next few months.

Apple's service is what the market is talking about right now. The manufacturer is trying a new direction, users are giving their feedback and the information is actively spreading on the Internet. Many people take this news as an exclusion of service centers from the market: people will be more inclined to fix with their own hands, using official parts at a lower price.

If you're an advanced user with knowledge of smartphone structure and experience in assembling and disassembling it - that's a benefit as you can save a lot on repairs. On the other hand, let's be clear, how many ordinary iPhone owners are technically skilled specialists? How many of them would not hesitate to repair a complicated device at home? It is a new age for the digital market (especially for Apple and iPhone owners)  but as we said this program is not an ideal solution:

Apple's repair service is mostly made for customers and it is not implemented in business. For services and stores dealing with used phones it is still relevant to use special software. NSYS Diagnostics - trusted software for mobile device diagnostics. It delivers fast, automated defect identification for both iOS and Android devices. Providing full, certificated diagnostics within 2-3 minutes, reducing human error and significantly increasing productivity. This is what your business needs.

All in all, is Apple’s self-repair program a revolution or just another marketing trick to attract attention - we will know in the near future. First feedback has shown mixed results - people still prefer to fix their devices in service centers. Let's see what happens next!

Is Covid over? How the mobile secondhand market will grow and develop in the near future is described in this article. 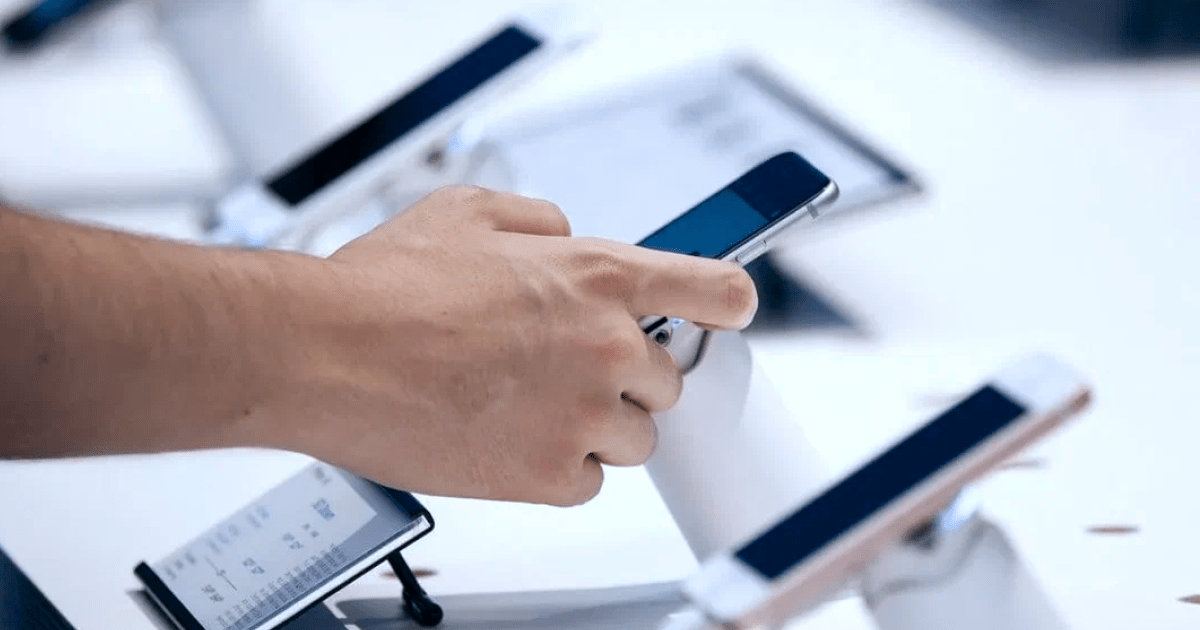 Private seller or store: what are the consumer preferences?

How do you get a customer to buy a used phone from your store instead of buying it from a previous owner? Learn more in our article.