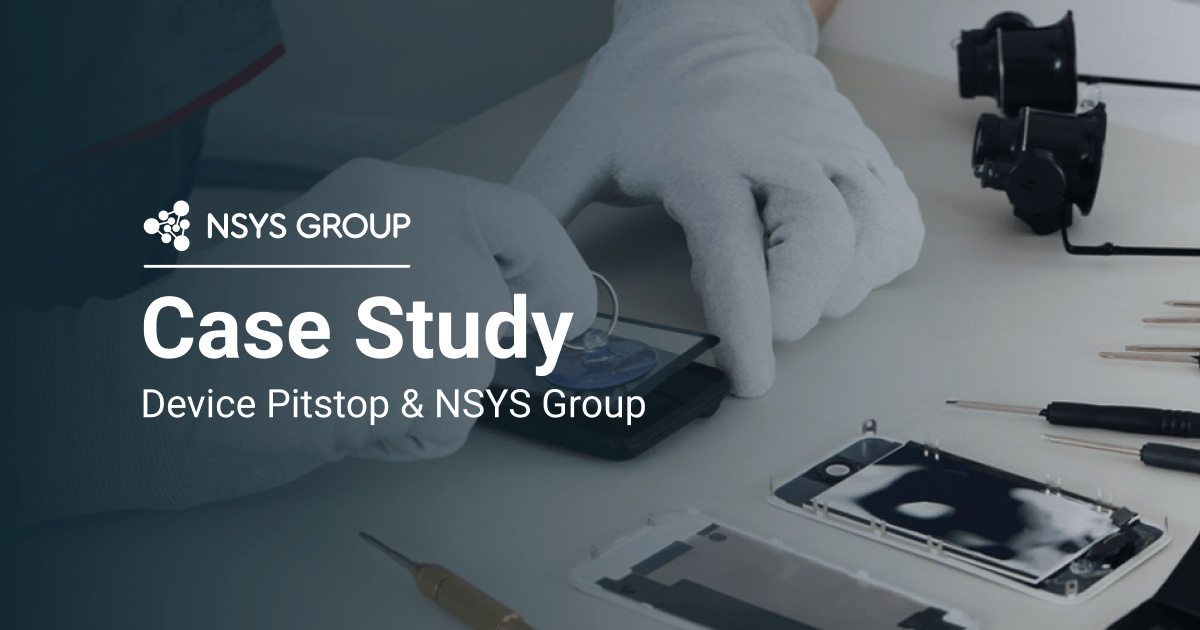 Device Pitstop is an American chain of repair centers and stores. Founded in Las Vegas in 2003, the company has locations across the United States and is growing every day. Device Pitstop minimizes the impact of electronics and e-waste on the environment by buying, selling, and repairing used devices or recycling what can’t be repaired or reused.

We talked to Brock Locker, Store Operations Manager at Device Pitstop Minnesota, about what their diagnostic process looked like before and how it has changed since they started using NSYS Diagnostics.

NSYS Group: Brock, how did you diagnose phones before, and which problems did you have to face?

BL: We used another software prior to NSYS Diagnostics, and it was just such a time-waster because it took so long to get through the diagnostic. It would take us full 10 minutes to do per one phone.

Another problem is being able to test the device from just looking at the phone. That is a huge thing for us.

NSYS Group: So NSYS Diagnostics was implemented to fix these issues. How did the testing process change since that moment?

BL: So specifically every repair that we do on an iPhone, iPad, or Android device includes the following steps: we load the software up before we do the repair. We run through the entire diagnostics. And then after the repair has been completed we do the diagnostics again just to make sure all core functionality is the same as what it was when the device first got brought in.

So we start with the core diagnostics: Face ID, the screen, et cetera. That's tested out just to see if there are any actual hardware issues. Then at the very end, we inspect the phone and we see if it has any cracks or some major scratches to check if we have to replace the screen and things of that nature. So we do the hardware test first, then we look at the cosmetic condition, and after that, we check the IMEI just to verify if we can actually purchase the device.

NSYS Group: What could you say about the speed of processing the devices using NSYS Diagnostics?

BL: The test is so quick to do compared to our previous testing solution! The things that we can do with your software within 1.5 minutes would previously take us full 10 minutes to do. 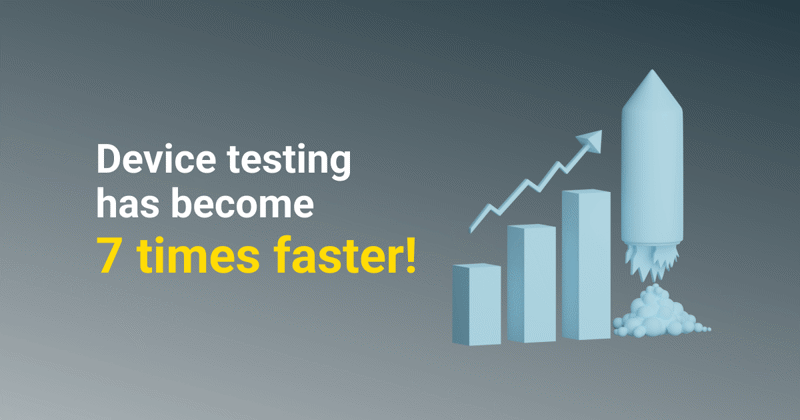 NSYS Group: What are the most important tests from your perspective when you do diagnostics?

BL: I would say the core ones are going to be the Face ID and TrueDepth Camera test on iPhones, then the buttons tests. The autofocusing test is extremely nice to have because we have had issues where the camera wouldn’t focus. The microphone and speaker testing is actually also a really big one as they allow us to test what we can't really see from just looking at the phone. That actually has helped us a lot: we could start working on the devices versus sending out phones when we can't really know what's wrong with them. So these tests are a huge thing for us. We can make sure that everything works and there won’t be any issues.

In terms of the battery stress test, we don't use it that often. We actually use the NSYS tests to look at the cycle counts and the battery health. So with those two numbers we can, we tend to be able to get a good estimate of what the battery health is at. Apple suggests replacing it at 80 percent. Our threshold for any type of phone that we're purchasing from a customer is 90 percent capacity or higher. So if it's below 90 percent, we replace it regardless. And the same with the cycle count. If it's 500 cycles, that's when Apple suggests replacing it. Our threshold for that is anything under 250.

NSYS Group: You have quite high quality standards!

BL: Yes, we try to essentially guarantee our customers that our devices are almost as like they came out of the box brand new. Obviously, they are going to be used but you can guarantee that the battery's not going to go out in two months.

NSYS Group: Are there any tests that you don't need?

BL: I would say no. All tests are extremely important to have.

We still sometimes use the battery test when customers state that their battery dies extremely quickly. So I would say they are all important at a specific time.

I wouldn't take anything away. I wouldn't purposely remove anything from the software. I would keep it as is right now.

NSYS Group: Is there anything you would like to have or improve in NSYS Diagnostics?

BL: Oh, it's always improving. I always think there's nothing to improve upon but then you somehow do, and I think: “Wow, this is even better than I thought!”

If you'd like to drop by Device Pitstop, check out:

Interested to see NSYS Diagnostics in action? Send us your request! Our representative will contact you to schedule a free live demonstration of our diagnostic solution for your business.